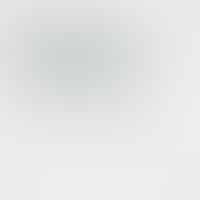 Nita Beck, a 32-year technical communications veteran, has 18 years of experience as adjunct instructor at Rochester Institute of Technology in tech comm programs, is the founder of the Rochester Flare User Group, and was a featured speaker at MadWorld 2013. She also writes a blog on her website, www.beck-communications.com, where we found this post about MadCap Capture. We’ve re-published it here (with Nita’s permission) for you to check out:

Like some technical writers, I habitually reach for an image-editing tool other than MadCap Capture. But having attended Paul Pehrson’s terrific session at MadWorld 2013 on Capture, I started rethinking my habit. As a MadCap Flare author, I already use Capture for callouts and for harnessing the power of variables and conditions from my Flare projects. But could I use Capture to make my screen captures more visually engaging?

As I was reading up on Capture on MadCap Software’s website, I noticed some nice images like the one below. I liked the fade-out effect on edges of the base image, and I especially liked the “spotlight” that gave a zoomed-in effect to a portion of the image.

Perhaps because I have never bothered to figure out how to get effects like these using Capture, I assumed Capture could in fact not produce them. Furthermore, I suspected that MadCap hadn’t used their own product to create these nice images.

And that got me wondering: Could I reproduce similar effects using nothing but Capture?

When I first considered this problem, I thought that I would need to enlarge the spotlight portion of the image. Then I realized that I actually needed to reduce the full-window image so that the spotlight would be actual size or perhaps just a snitch smaller. The effect would be a zoomed-in spotlight image.

Follow me through the process I came up with.

To read the rest of this post, visit Nita Beck’s blog at beck-communications.com.