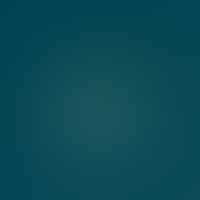 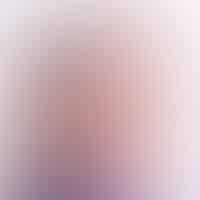 This guest post was written by Nita Beck, the owner of Nita Beck Communications and MadSkills consultant. Nita offers technical communication and information architecture services to clients around the world, including Flare project design and customized Flare training.

The goal of this article is to help you understand what you should consider before installing the latest and greatest update.

Before getting to the best practices, let’s talk about MadCap Software’s release nomenclature.

Since 2017, MadCap Software has named a major release with the year of release, for example, Flare 2019. Under the hood (as in, in the installation folder on your computer), you won’t see the year, but instead will see something like “Flare 15”. Minor releases are named as r2, r3 and so forth. Even then, there may be multiple minor releases all named as, for example, r2, so one then must refer to the build number.

Currently, the most recent releases of Flare have been:

About Installing Different Versions of Flare on the Same Machine

Consider Resisting the Urge to Immediately Install a New Release

When MadCap Software drops a new release of Flare, you’ll get a prompt in the application letting you know an update is available with a list of the major new features added, in addition to the usual bug fixes and performance enhancements. Tools aside, doing anything midstream in a development cycle is generally not advised, without a little sandbox testing first. If it is a new version, remember you can install side by side with your old version. I would suggest exporting a copy of your Flare project, and test in a “sandbox” environment with your project, just to be sure.

So what can you do to decide when it’s time to update? Read on!

Educate Yourself About the New Release

Here are four strategies to educating yourself about what’s new.

Read the What’s New Topics in the Online Help

One way to prepare for an update is to peruse what’s new in it. That can help you recognize a change or enhancement that MadCap Software made that might affect your project’s output.

You can view the latest Flare online Help, without yet having to install the update. This link will always point you to the latest version: https://help.madcapsoftware.com/flare/

You can also visit MadCap Software’s Support page to view the online Help for any product here: https://www.madcapsoftware.com/support/

Study the release notes and related Knowledge Base articles

Another way to prepare for an update is to study the published release notes. You’ll find them in MadCap Software’s Knowledge Base at http://kb.madcapsoftware.com/Content/Welcome.htm. The release notes are near the top of the Flare section.

The release notes are exclusively about bug fixes.

Occasionally (and thankfully), MadCap Software documents a bug fix more extensively than just listing it in the table. Typically, I’ve found links below the release notes table for any additional articles posted to the Knowledge Base.

A third way to learn about a new release is to watch a video or webinar.

MadCap Software produces a What’s New in Flare video. You can access it from the What’s New topic in the online Help or from MadCap Software’s website at https://www.madcapsoftware.com/videos/.

Typically there’ll also be a webinar on what’s new. You can view live or wait until the webinar has been recorded. Recorded webinars are available at https://www.madcapsoftware.com/resources/recorded-webinars.aspx.

Listen to the “Buzz” in the Flare User Community

Finally, listen to your fellow Flare users. Go check out the MadCap Software forums. Visit the Users of MadCap Flare group on LinkedIn. Check out the discussions in the Flare Slack community.

When an update is released, you’ll find lively discussions in the community of the ways in which the new features will help them, and often times you can glean interesting uses for features you didn’t think about before.

There will always be Flare users who jump excitedly right to an update without doing the prep work I advise. For some, the update will cause no issues. But many will discover that it broke their output because of out-of-the-box customizations they developed. For these users, the community can be a great place to explain those customizations and to seek possible solutions.

But take these Flare-broke-my-output discussions with a grain of salt. Sometimes, the fault ends up being a user’s misunderstanding about Flare functionality, rather than that Flare broke something. Yes, something did break, but it may be because of how the user-built output in the first place.

Other times, the fault isn’t MadCap Software’s. One thing many of us love about Flare is its flexibility, that we can craft customizations “outside the Flare box,” some of them quite sophisticated. We must acknowledge that MadCap Software cannot predict every customization its users may make. If your Flare projects have been highly customized, you must test, test, test your output in a sandbox environment to help mitigate.

MadCap Software‘s technical support team is extremely helpful and responsive. Sometimes you just want to talk to someone. And if you need to, give them a call and chat about it, or send an email. They are more than happy to talk to you personally about your set up, goals, and how certain features and fixes in a Flare update may help achieve those goals.

Now Go Play a Bit with the New Release

Here are strategies for playing with the new release in a controlled manner.

If Possible, Try Out the Flare Update on a Non-Production Machine

TIP: If it’s not possible to use a non-production machine, put a copy of your production Flare project on an external hard drive. The point is to isolate your vetting sandbox from your production work, in case anything goes south.

Build your most important production targets.

For HTML5 and other online output, consider the following, and try things out both with the mouse and with the keyboard.

With MadCap Software’s shift to an agile release cycle several years ago, the Flare user community will continue to see more and more updates throughout the year with many wonderful new features, many of which are user requested. Using the measures outlined above can help ensure you mitigate any surprises in your projects and workflows. 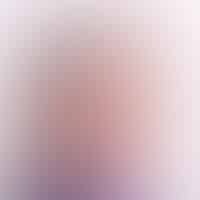