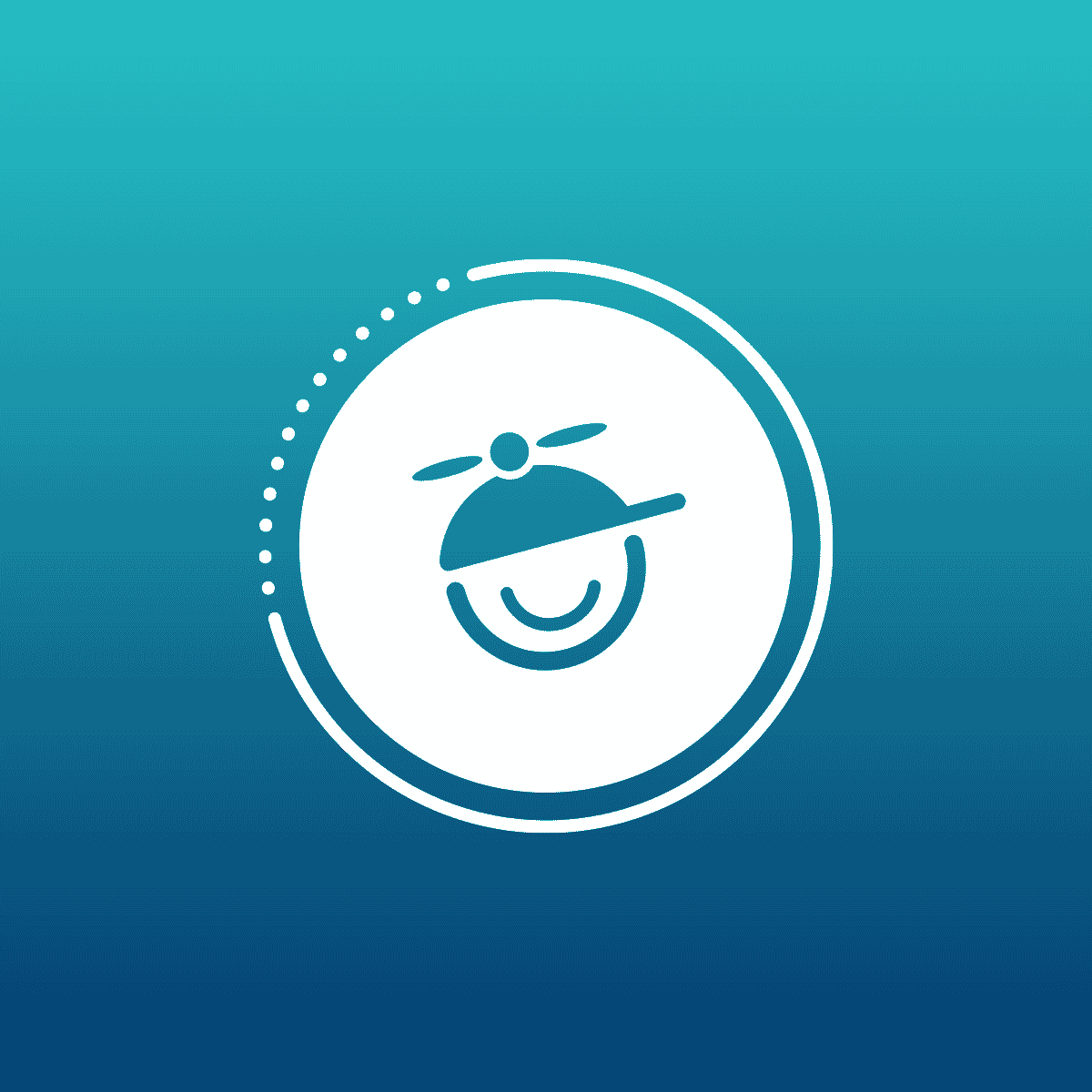 I am often asked about our MadCap Feedback Server and what if any benefits it has over the older RoboHelp Server. Since I have been involved in development of the core architecture and capabilities of both I think I have a unique viewpoint on the subject (however, in full disclosure, remember that while I was part of the team that developed the RoboHelp Server architecture at Blue Sky Software I am now a competitor).

One of the key original functionalities included in the RoboHelp Server was a natural language search engine, but for some reason1 Adobe removed that technology making the RoboHelp Server a “one trick pony”. While it has some minor additional features its main reason for existence now is to provide a limited set of “canned” feedback reports tracking customer usage. On the other hand the MadCap Feedback Server provides the same customer tracking capabilities but allows you to create an unlimited number of custom reports using a built in report and statistics generation engine. In addition the MadCap Feedback Server also contains a full Web 2.0 customer commenting capability allowing your customers to become part of the documentation process.

Another extremely important point is the consistency that MapCap Software builds into all of the different publishing formats supported. The same customer experience is available on the desktop experience (DotNet Help or Microsoft HTML Help), in the web browser (WebHelp), or from the MadCap Feedback Server (WebHelp Plus). For example, our Web 2.0 community commenting capabilities are available in every format listed above, even the desktop formats. With the current RoboHelp technology it seems that every different output generated has a radically different set of capabilities leaving the author to do an extreme amount of research to make sure that the features that they need will indeed be supported by the format they need to publish.

Search – The MadCap Software tools create content search capabilities that are far superior to anything available in the industry at a matching price point and greatly surpass the capabilities in the RoboHelp line.

Results Order: In older tools (including RoboHelp) search results are presented in an alphabetized list. This was easy to do within web browsers, but is not that helpful to the user. Imagine a set of Google search results that were alphabetized, how helpful would that be? No, the state of the art in search technology requires that the search results be relevancy ranked. To support this MadCap tools have implemented several ranking algorithms that provide a full relevancy ranked results list, much like a Google search, to the users. This is also done without any browser plug-ins or any other technology necessary. This helps your customers find the most relevant information as quickly as possible.

Synonyms: Both the MadCap and RoboHelp server technologies provide mechanisms for manually adding synonym support to the search capabilities (based on the tracking and usage reports). However, only the MadCap technology goes a huge step further and incorporates any hand built indexing data into the search parameters. If you have built a good index complete with synonym support, alternate phrasings, and commonly sought concepts, then all of this data is used to augment the search – automatically. This precludes the need to go back and manually enter a bunch of synonym data twice the way that RoboHelp forces you to do.

Web 2.0 – The MadCap Feedback Server support for Web 2.0 community technologies is a complete turnkey system. Once installed there is nothing that your developers or programmers need to do to make this work. All that is required is for you to select the appropriate options while publishing your Flare projects to turn these capabilities on. In contrast, the few similar options that Adobe has introduced are limited to the Air output only (not available in the more popular WebHelp) and even then require either programmer/developer hours or Rube Goldberg-esque scenarios where data files have to be emailed back and forth between users.

Page Ratings: Any user can rate any page/topic from one to five stars showing how helpful that topic was to them. These user rankings are combined and averaged on the server and then displayed in the toolbar of the topic. At any time all users can see the overall quality ranking of any topic. With the MadCap Feedback Server technology this capability is available in all desktop and browser-based formats, which with Flare Version 4 will include a native option to build Air-based help. With RoboHelp technology, topic ratings are not available for browser-based or desktop formats and are only available with Air-based help. Even then, it requires programmer resources as this technology is not natively supported by the RoboHelp server.

Topic Comments: The MadCap Feedback Server provides the ability for any user to append their own comments at the bottom of any page if you allow them to. There are two levels of control. First who can post is controlled and you can choose to allow anonymous comments or you can require that commenter’s register first with a valid email address. Second, you can control the visibility of comments. You can set the system so that comments go live immediately or they have to be approved by you first. With the MadCap Feedback Server technology this capability is available in all desktop and browser-based formats, which with Flare Version 4 will include a native option to build Air-based help. With RoboHelp technology, comments are not available for browser-based or desktop formats and are only available with Air-based help. Even then, it requires programmer resources as this technology is not natively supported by the RoboHelp server.

The MadCap Feedback Server is available as either server software you purchase and install on your own hardware or as a hosted solution on our servers that you can contract. This hosting has proven quite popular both with small shops who don’t want to deal with server installs/maintenance and also with larger teams that want a short term contract with our hosting while they are in development and then switch to a purchased version when they go live with their project. This allows them to begin testing extremely early in the process. With the RoboHelp solution your only option is the software purchase.

The MadCap Feedback Server is built natively around the C#/.NET technologies to completely integrate into the server environment. The RoboHelp model was written in the older C++ language and then has a translation layer/wrapper written around it disguising this older core technology behind a .NET veneer. While this worked, it did result in some unintended consequences. Most people using the RoboHelp Server in a production environment with even medium loading find that they need to reboot the server at least weekly to keep the performance up. There are no such reboots necessary with the MadCap Feedback Server.

The RoboHelp Server also requires that the content files be stored on the very same machine as the RoboHelp Server. This means that you are locked in to putting everything on a Microsoft IIS server. In a MadCap Software tool work flow generated content files can be run on the same Microsoft IIS server as the MadCap Feedback Server, or your content files can be hosted on a single Unix or Linux machine or even on a farm of machines for load balancing. This can be critical for high traffic situations. It also comes in handy if your company is a Linux/Unix shop, you won’t have to explain why you need a bunch of new Microsoft servers just to host your documentation.

While the RoboHelp Server was good for its time (initially launched as the MindReader Server in 2001 by eHelp Corporation, formerly Blue Sky Software) its core architecture is out of date and in need of a complete re-write from the ground up using modern technologies and standards. On the other hand, the MadCap Feedback Server is an example of modern technologies implemented in a standards compliant manner allowing for maximum flexibility and reliability. Add to this the additional Web 2.0 community capabilities on top of the usage tracking/reporting capabilities and it is easy to see that MadCap Software is not only keeping pace with the state of the art in online documentation but is actually leading the industry into the future.

(1) When Adobe removed the natural language search capabilities from the RoboHelp Server they claimed it was because nobody used it. What is interesting is that several months earlier I had recieved a phone call from a vendor claiming that I, as a representative of RoboHelp, owed them several years of back royalties for the natural language technology in use behind the RoboHelp Server. They had found my name associated with RoboHelp via a Google search. I informed them that since February of 2005 I had no part of the RoboHelp business but that it was now owned by Adobe. The other end of the conversation was something like, “Oh, really!” and then just a few months later Adobe announced the removal of natural language search from the server. Interesting.