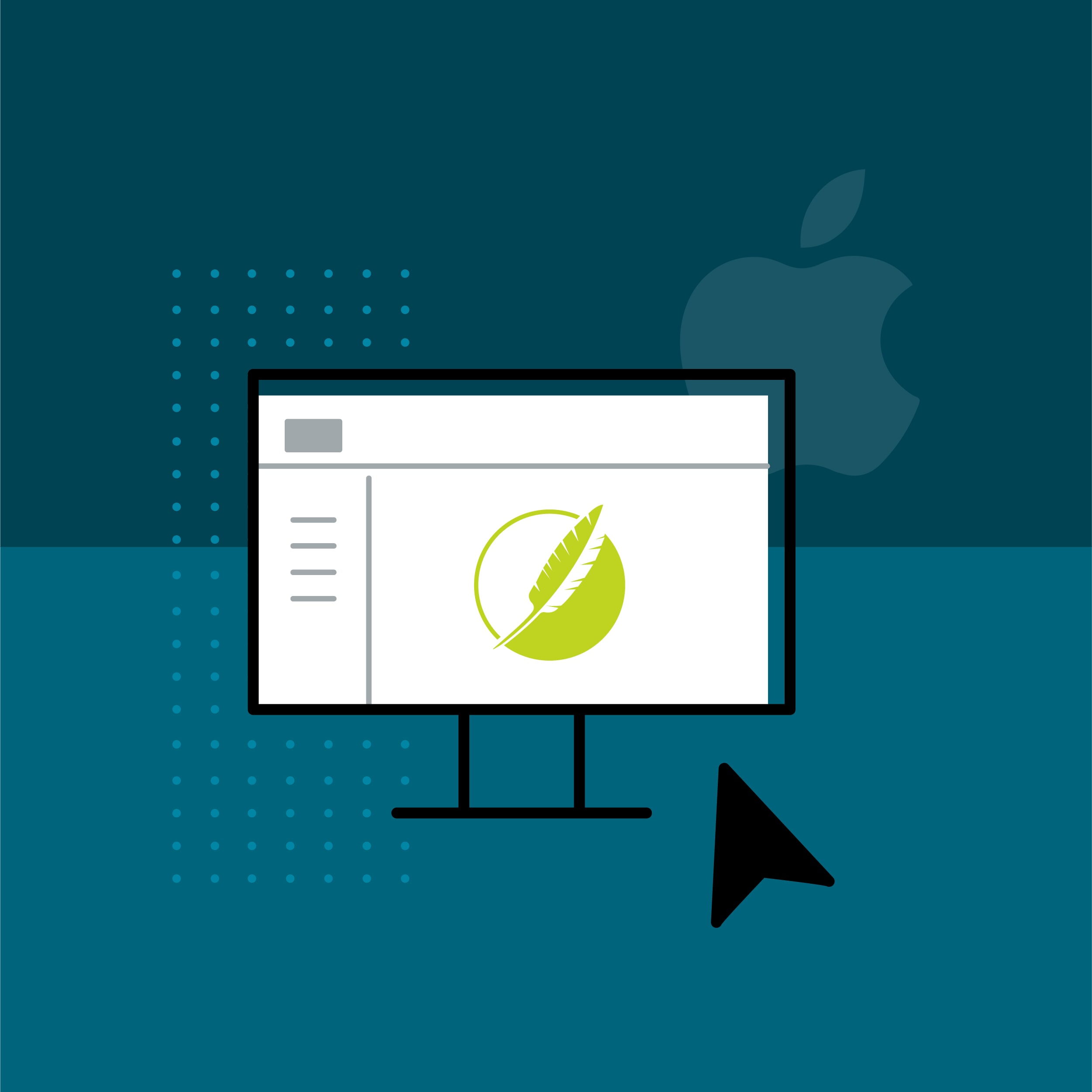 Can I Run MadCap Flare on a Mac? Oh, Yes!

This guest post was written by Nita Beck, the owner of Nita Beck Communications and MadSkills consultant. Nita offers technical communication and information architecture services to clients around the world, including Flare project design and customized Flare training.

I often see discussions in the Flare Slack community, on LinkedIn or, in the MadCap user forums in which posters lament how they can’t run MadCap Flare on a Mac.

I immediately think, “But you can run Flare on a Mac! I’ve been running Flare on a Mac for years!” I ran early versions of Flare on a now aged iMac from circa 2003, on a MacBook Pro laptop from 2013 to 2019, and now a spanking new MacBook Pro.

Of course, the salient bit here is that I’m not really running Flare on a Mac. Rather, I run Flare on a virtual Windows machine on top of the Mac OS.

It’s relatively easy to set up, but one does incur costs beyond the cost of Flare and its companion programs. And, of course, one has to pony up the $$$ for a Mac.

Why Did I Switch?

Back in 2013, when it became clear that I needed to replace a Dell laptop that just wasn’t holding up, ergonomics was a major consideration.

For one thing, I had already been using the Mac extended keyboard with my Dells. Bar none, this keyboard is the smoothest, most comfortable keyboard I’ve ever used in my (ahem) 39 years in the tech comm industry. When I’m keyboarding much of my day, I want my hands to be as comfortable as possible.

For another thing, there were my aging eyes. The Dell laptop’s screen was just not clear enough, and—having fallen in love with the clarity of my Retina iPad—I reasoned that a Mac with a Retina display would serve my eyes best.

As a consultant, I need a mobile office and a machine with some heft processing-wise, and in 2019 I replace my old MacBook Pro with a new one with these specs:

SIDEBAR: Forgive my telling a brief story. By late 2018, after using a MacBook Pro for six years, I decided it was time to upgrade. I planned to hand my MacBook Pro down to my husband, who had a very old Dell laptop but was otherwise in the Mac ecosystem with his iPhone and iPad. At the time, I was working for a client who, because of the nature of their business, gave me a native Windows laptop provisioned by their IT department. Having used it – and liked it – for several months, I decided to purchase the exact same model for myself. (I won’t divulge the brand, but it is well known and it’s not Dell.) To cut to the chase, the machine turned out to be a lemon. Died on Day 6 of use, and then again on Day 87. While it was out for repairs for the second time, I returned to my true computer love by buying a new MacBook Pro. I have been happily productive ever since, while the native Windows machine sits in a box. (And my husband enjoys his “new” Mac laptop!)

So that I can still access the Mac OS side of the laptop while I run the Windows OS (rather than having the laptop boot up as a Windows machine), I have installed a virtual Windows machine. Here are the specs of my setup:

Now back to those 32 GB of memory I was lusting over for Flare’s sake. Turns out, VMWare can allocate only half of a Mac’s available memory to a virtual machine. So, bottom line, I’ve got a 16 GB Windows machine to run Flare on.

How Does Flare Play in the Mac World?

Very well, thank you! Generally, my Flare authoring experience on Mac hardware has been sublime. Occasionally Windows crashes, and very, very rarely Flare tells me it’s out of memory. Honestly, I think it’s been several years since that’s happened. Flare is happy, and I’m very happy.

What Do Other Flare-on-a-Mac Users Say?

To prepare for this and the earlier refresh of this article, I asked other Flare-on-a-Mac (FoM) users to share their experiences, good and bad. I’m struck by the variation in our machine environments, but not surprised by our satisfaction with FoM.

Joe Bleasade, Associate Product Manager at Disguise (and MadWorld 2019 speaker), says “I use Flare on Windows 10 running natively on a MacBook Pro using Bootcamp. The benefit of this is getting full hardware performance, which isn’t always possible when running Flare on a virtual machine on Mac OSX. Another added benefit is that there are enterprise applications that do not support virtual machines and this configuration allows me to have the best of both worlds – rock solid Apple hardware and Windows software support.” In response to a Flare community member’s question, he added “VM is not as efficient as dual booting, and it’s additional cost. Going the bootcamp route gives you OS level access to the hardware as well, so performance should be better. Also, if you have an application that runs on DirectX, running that in a VM on a Mac can be really problematic.”

Kelly Parr of RIFT.io says “I LOVE FoM. No regrets, no issues!” adding “FoM is fast and responsive, and builds do blaze. Specs include “a 13″ Retina (early 2015) model with 16 GB of RAM and, 2.7 GHz Intel Core i5, and a SSD. I (use) Parallels Desktop 11.2.1 and Windows 8.1. Thanks to Parallels Coherence, it looks and feels like I really am running Flare on a Mac. Drag-and-drop operations between the two operating systems are easy and visually seamless, and running two instances of Flare (e.g., if I need to backport a change from master to a branch) is never an issue. My VM is as lean as a Windows OS can be. I installed nothing on it besides Flare and Capture. Storage is the only thing I didn’t account for (only 500 GB). For now, a LaCie Rugged drive handles my huge files (videos and recordings). And with Flare checked into Git and backed up on Time Machine, I never worry about a catastrophic failure.”

Bianca Szczesniak (whom I had the pleasure of meeting at MadWorld 2017!) says “While it would be easier to use Flare directly on a Mac, I have had zero issues running Flare on a remote desktop. Using Flare on a Mac is surprisingly straight-forward. I simply log in to my Windows environment via the Microsoft Remote Desktop app, and boom–I’m in!” She advises those considering FoM: (1) Don’t NOT use Flare just because you have a Mac. Flare is WAY better than any other authoring tool right now. (2) If you work at a company that has an IT department, talk to IT about how to set up the Windows environment. What might be intimidating to a tech writer might be a piece of cake for an IT professional. (3) If possible, use two monitors so that you can run Windows on one monitor, and still access the rest of your Mac programs and files on the other monitor.”

David Busey, Manager of Knowledge Services at SmartRG has his “Parallels / Flare environment all set up on an external (SSD) drive” that is “quite quick and usable.” He reports that “The only real annoyance … (is) display-settings related: Usually I work remotely but when I go into the office and jack into the external monitor there (different make/model), Windows adjusts the resolution…. When I come back home and jack in here, I get this low res, almost 4:3 aspect ratio bizarro thing that I have to fiddle with restoring every time I transition. Maybe that’s just the nature of Windows for all I know — that might not be exclusive to FoM.” (Wow! Yes, I sometimes have this same issue when I return to my office after visiting a client site where I had connected my MacBook to their second monitor. I agree, it’s an annoying Windows thing. It has nothing to do with Flare.)

And finally, Leslie Tilling, Senior Technical Writer at Alien Vault, says that “Running the MadCap applications from a Windows guest on my MacBook has worked seamlessly. In fact, I have better performance because I have an allocated amount of memory for the Windows guest system and I only run MadCap apps on it, with all other functions happening on the Mac host system. With shared directories defined in VMware Fusion, I access the project files and build outputs on both systems.”

If You Run Flare-on-a-Mac, Aren’t You on Your Own for Support?

Technically, perhaps. In practice, no.

It’s true that MadCap doesn’t officially support Flare on a Mac. But speaking only of my own experience, MadCap’s tech support has never once said to me, “Sorry, we can’t help you because you’re running Flare in an unsupported environment.” Never once. Instead, in their usual way, they try their best to help me sort things out, such as when I had some issues with the Mac’s machine ID and its effect on Flare’s licensing. (All better now!)

If you decide to run Flare-on-a-Mac, rest assured that you are definitely not alone. In fact, in the Flare Slack community, there is a dedicated #flare-on-vm channel where FoM advocates enthusiastically assist each other.

So If You’re Lusting After Flare on a Mac, Remember…

But you must make the business case—whether to your management or to yourself (if you are independent, like me)—why the additional incurred costs will be worth it.

For me, those additional costs have been more than justified when I consider the quality, reliability, and comfort of the hardware on which I run Flare—day in and day out—in my consulting business. My bet that Mac hardware would have a long shelf-life has paid off. The first MacBook Pro performed well for six years (and still does, as my husband’s laptop), and I have no doubt that my new one will serve me well for years, too.

P.S. For all interested Flare-on-a-Mac users, I’ve put together a little brochure of Flare keyboard and other shortcuts specifically for those using an Apple keyboard. Let me know if you’d like a copy. And if you’re interested in joining the Flare Slack community and its #flare-on-vm channel, reach out to me there, too, and I’ll send you an invitation. nbeck@beck-communcations.com.